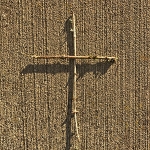 In today’s world, it seems harder and harder for many people to find a connection between God and church. Many feel that God has the answer to feeling fulfilled, guidance through life, release from judgment, and eternal life, but don’t find themselves closer to Him when sorting through the various doctrines that seem so important. It’s as if something has been lost in the swirl of theology, programs, and politics. There are endless debates about music styles, doctrinal differences that separate people, and a focus on entertainment rather than love. We all read the same book, yet come to radically different opinions of what it means and how to apply it.

Could it be that we need a different approach today, something Scriptural yet not being taught?

This essay is an attempt to answer that question, to seek a new approach, rather than a definitive answer. Answers are found in Him, not in our intellectual effort, so we need an approach grounded in humble seeking.

We must start with God, revealed in the beginning verses to be the Creator of everything. This isn’t just a Biblical emphasis — whether staring at the starry night or looking at newborn life, our hearts recognize the existence of more than just stuff. Look into a mirror, and you know that there is more than just material flesh looking back at you — we are more than fancy chemical reactions; we are spiritual beings.

Shortly after presenting the Creator, Scripture immediately moves from the grandeur of creation to a picture of life in the garden, with a personal, almost casual relationship between the Creator and humanity. Unfortunately, this relationship was broken in short order, creating a need for reconciliation. We see this picture of a broken relationship played out in many ways throughout the Bible.

In time, a series of individuals were called out to walk closely with God, starting with Abraham (called the friend of God). Although they worshipped Him as God, these people experienced richer relationships than just temple activities. They argued, wrestled, obeyed and disobeyed, and ultimately learned over and over that He could be trusted.

From these individuals, God drew out a people for Himself — Israel. His real goal was always the complete reconciliation of humanity, so they were to take Him everywhere in order to completely restore humanity’s broken relationship.

Israel’s path paused in Egypt, where the world’s powers enslaved them. In time, God raised up a deliverer who brought them out of bondage — Moses. Restoring their relationship, God’s first command after the exodus from Egypt was for them to listen to Him. He provided a detailed religion to prepare people’s hearts, and spoke through specially designated individuals (prophets). Moses would wish that all people would become prophets, but it was not yet to be so. (Later however, Paul would repeat this sentiment as a command.)

This detailed religion included specifics for worship, music, physical structures, religious leaders, and so on. God always speaks to people in their own language, so these details took the form of standard religious practices of the times. As later prophets would make clear, the details themselves weren’t as important as the hearts behind the observances — obedience was to be evidence of true love of God because love is the essence of deep relationship.

However, the people were easily distracted, and did what they wanted. Eventually, seeing the ultimate futility of that, they called for a king. Through another prophet, God brought them a good leader and established a dynasty. However, despite clear instructions and leadership, the nation was never able to fulfill their mission of reconciliation because they kept drifting from God. Frequently, God used the image of an unfaithful spouse to make the reality of broken relationship clear. This was important because, without a healthy relationship with Him, there was no way to bring Him to the rest of the world. Over and over, God took steps to bring them back but it eventually became clear that their ultimate hope was in a Messiah.

They hoped for a Messiah to deliver and establish God’s kingdom with them, but His ultimate goal always involved reconciliation for all people.

The Messiah appeared in due time, the incarnation of God Himself — Jesus. He spoke directly to the people, and described God’s real expectations. Earlier prophets had also proclaimed those truths, but the people never really understood. Their challenge was that the truths described a spiritual reality, not just a material one.

In other words, God is spirit, and reconciliation with Him involves more than just thinking; it is a relationship that requires purity of heart beyond human nature. We are incapable of reconciling with God ourselves, as demonstrated by Israel’s failure to ever live truly right. So out of love, He provided the solution through Christ’s death, and further validated Him by resurrection. Reconciliation became available to everyone through that event, and God’s Spirit poured out freely at Pentecost and beyond.

Now, religion in ancient Israel was mainly a corporate reality, but spirituality is mainly individual. Because of the cross, no longer would one person teach another to know the Lord, for all would know Him, from the least to the greatest. No longer were people’s relationships with God to be mediated through kings, prophets, and priests, but rather all could know Him directly. In fact, His very Spirit would dwell within people, and His people would be a royal priesthood. The move from corporate relationship to individual personal relationships changed everything.

Lessons regarding the whole nation became individual lessons. Instead of special prophets with their own intimate relationships, individuals can seek that level of intimacy.

We must start with the reality of a risen Master, instead of a dead one. With a dead master, students learn primarily from other, more educated students. With a living master, students are disciples — they spend time at the feet of the Master Himself, walk with Him, talk with Him, take correction from Him directly, and so on. The more educated students help with this process, but do not replace it. Each disciple has an individual relationship with the Master, instead of one mediated by someone else.

We see this in the New Testament, after the cross, as if the disciples were all personally relating to God, letting Him guide their steps, and defining how they were to organize and live. They were seeking and obeying God, not a following a detailed manual.

Learning to live this out took time, and Scripture only gives hints of the process — Jesus’ statement that His sheep would hear His voice, casual mentions of Him guiding travel, the Spirit helping to make big decisions, God bringing understanding and communicating through religious experiences, and so on. There are also hints of religion in the New Testament, but they are also vague, unlike the clear commands in the Old Testament. Why the change?

Maybe it’s because we’re not supposed to just study about God, but we are to know Him personally, to love Him with all our heart, soul, mind and strength. In other words, the only way to get the clarity we want, whether inside church or outside, is to actively seek the One described in Scripture. Vague descriptions should force us to talk to the Author, make us realize we cannot be certain without Him teaching us. Because He is God, this is often harder than simply following human teachers, but like any important relationship, it’s worth the effort.

After all, God is love and the source of all truly good things. He is also our creator and the one who defines good and bad, and we each will give an accounting of our actions. Therefore, we need to turn away from ourselves and towards Him, and He will both guide our steps, and satisfy the desires of our hearts. Our deepest needs, those that we try to fill with entertainment, pleasure, and self-justification, are only filled when we focus on Him instead. Love of self becomes less important as He become more. We become satisfied, fulfilled, live lives of value and meaning, and can truly love others.

But how exactly do we do this today?

Well, imagine wanting to build a relationship with a spouse or close friend. You might start by learning about them from their friends, maybe reading letters they write to you, but building a deep relationship requires more. It requires time spent together, listening to one another, sharing life, cooperating on common interests, and so on. In this way we get to know the other person intimately, so that things like a short letter convey much more than just words on a page, because we have a sense for how even just a few words reflect the person’s heart. Without that personal, intimate knowledge, words on a page have much less meaning, and are easily misinterpreted.

In this case, growing in relationship still starts with Scripture, which necessarily involves reading and studying, but it also involves discussion with the Author. By learning the Word and placing it in our mind, the Holy Spirit will remind us of those teachings when needed; this is one way to begin the conversation. However, it’s only a beginning as we consider all the ways Scripture teaches us about walking with Him.

From Scripture we learn the importance of regular prayer and other spiritual practices like fasting and symbolism. We see how these reflect the reality of the spiritual, impacting all daily life and not just special occasions. We also see that we need to hear from Him, because communication in any relationship is two-way. (This is why hearing from God and sharing was the only spiritual gift that Paul explicitly told people to seek, finally fulfilling Moses’ wish.) We see how being in a relationship with Him includes relating to those He indwells, to His whole family. Walking by faith opens our eyes to see Him at work all around us, in all circumstances. His priorities increasingly become our priorities.

Relationship with God involves all these things and more. He is spirit and because of that, knowing Him involves things that can look religious. However, like the fact that Old Testament sacrifices were really about the heart, religion can be used to tame our own will and put spiritual beliefs to action. A big part of any relationship is making deliberate decisions to put the other person first. However even though there’s nothing material we can give God, we can still give Him time, focussed attention, trust, adoration, and so on.

With this approach, the goal of studying Scripture is to know God better and to learn to live out a relationship by hearing Him daily. By learnng from the many different passages that show God speaking into people’s lives, we can learn how He is speaking into our own lives. Since everyone’s relationship is personal, different perspectives become cause for celebration instead of disagreement.

Pursuing a living relationship is just one way of approaching the faith, one that focuses on individual accountability, yet is to be lived out with a spiritual family. Even though it involves Bible study and related practices, the goal is not just learning.

So, let’s mine the relationship hints instead of the religion hints, and do so in conversation instead of solitary effort. We must deliberately seek Him in the process so that He, instead of the world, becomes our teacher.

1 Response to Beyond Religion